As much attention was brought to the inequality between the T20 and B40 groups in the states of Malaysia, ample discussion regarding to the M40 group is often overlooked. Initiatives and government assistances for this group are relatively seasonal-in-nature, depending on national economic downturns, or even regional and global instability.

We could see through the economic stimulus announced by Tan Sri Muhyiddin Yassin which the M40 group enjoyed the amount of RM1,000 to RM1,600 of Cost of Living Aid (BSH), extension of moratorium on loan repayments and tax exemptions due to the pandemic of COVID 19. These short-term measures are deemed to stimulate our declining economy.

The fact that M40 group is still holding the biggest piece of pie in Malaysia economy, an urgent revisit should be done to understand what we have been doing wrong all along.

Does Malaysia enjoy being mediocre for decades?

Since the Asian financial crisis in 1997, Malaysia is having a rough time to boost its economic performance. Since then, we seem to have a stagnant growth and unable to graduate from the middle-income class. In contrast, our East Asian counterparts, Japan, South Korea, Taiwan (and Singapore) left us behind and joined the Northern Hemisphere economic power; the U.S. in fact, China soon will join the league as well.

We have been stunted for decades and it appears that it took us longer than we should. The sluggish progress could be scrutinized through the open economic policy during our former prime ministers.

The imperfections during the era of Mahathir and Najib

Mahathir in the period of 1981 to 2003 managed to build the identity of Malaysia as global exporter in manufacturing, especially in the sector of electric and electronics (E&E). The export-oriented policy at that time encouraged a significant influx of Foreign Direct Investment (FDI) and we witnessed the booming of multinational factories from Japan, the United States, the United Kingdom and South Korea.

As a result, several states in this country were concentrated with manufacturing facilities, and the domestic firms with our human capital were expected to benefit from the investment. However, ironically – the industries are now relying fully on millions of foreign labors that Malaysia allows each year, for several decades. Malaysians’ potential now trapped between low-skilled jobs that we are too good for it and professional jobs that we are still unable to compete with rich countries. The culture of innovation is still not sufficed for us to strengthen our own domestic economic ecosystem.

Comparably, the mentality of depending-on-foreign-firm-to-feed-you is continued during Najib’s administration. The privatization policy is reinforced through his Economic Transformation Program (ETP). More foreign firms, especially from China with their capital and investment tapped Malaysia’s market. Again, several states are selected to be concentrated with service and manufacturing industries to allocate the flowing FDI.

At this point, we could observe that the Middle-Income Trap (MIT) that Malaysia is experiencing, is clustered in a several states in the Peninsular. Johor with the most (55) locations for industrial activities shows almost half (46.5%) of its population is in the M40 group. Johor’s industries in non-metallic mineral, plastic and chemical products received more foreign investment abroad than domestic with value more than RM2 billion in value.

Terengganu, Selangor and Melaka follow Johor to have more than 40% from its population in the M40 group. These states are among the highest locations for industrial activities, especially for manufacturing. On the other hand, even though Pulau Pinang does not host most of industries in Malaysia; due to its small land area, the state still has the highest percentage of middle-income citizens with 46.8% due to its service industry.

Thus, the pattern appears to be – the more industrialized the state becomes, the more middle-income the population tends to be. Malaysia is neither an agricultural-based exporter, nor a technology and innovation frontier. We do not benefit from globalization as much as countries like Thailand and Vietnam which do extremely well in their agricultural production and other primary sectors, and Japan and South Korea that lead in technological innovation.

63 years of independence; it is time for Malaysia to believe in our human potential

Malaysia has so much potential to give to the world. The statement is easier to belief when we free ourselves from any dependencies to foreign assistance. Each year, we send thousands of scholars abroad to ensure our talent pool is competent, in order to drive our economic ecosystem to become more sustainable and innovative. This policy gives us comparative advantage than other countries in the region. Certainly, we have the capacity to build our own national economic strength to impact the global economy.

However, the pro-privatization model that the nation held for almost a century should be reviewed robustly. We need private and foreign firms that are aligned with national development agenda that benefit the people inclusively. We do need private and foreign firms that have interest in building our human capital to be as productive and innovative as their origin of countries, not merely as labor for their own intent.

Yet, realistically speaking, foreign investment from any capitalist prioritizes profit. We are not their first choice when it does not serve their favor. This time, we do really need a solid government that could lead the national economy agenda. With the present threat of Sabah from the Philippines, the maritime threat in South China Sea and the political instability of the government, the struggle in the trap could be a long wait. 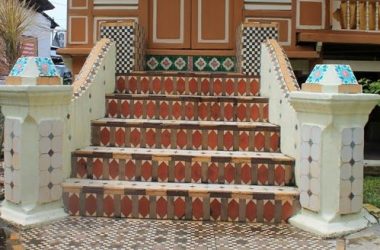